Chairman of the Board & Chief Executive Officer

Rick joined the bank in 1994 after 7 years with Prudential Insurance Co. He worked as an investment representative, consumer lender and commercial lender, among other roles. Rick was elected CEO in 2000 and was appointed Chairman of the Board in July, 2014. Rick says, “I continue to enjoy staying involved at all levels of the organization, and it’s exciting to see our customers grow and capitalize on new opportunities.”

Rick graduated from Blake High School in Minneapolis and went onto the University of Colorado in Boulder where he graduated with a Bachelor of Arts degrees in Economics and Political Science. In 1996 he has also earned professional designations from the Graduate School of Banking at the University of Wisconsin in Madison and from the National Commercial Lending School of the American Bankers Association in Norman, Okla. In 1998, Rick became a partner at Resource Capital, LLC, and a receivable finance company in St. Louis Park.

As a business owner, Rick understands the challenges that business owners face. He believes, at its heart, banking is a collaborative effort and together Highland Bank can turn infinite possibilities into business success.

Rick is an active member in his church, enjoys spending his free time with his wife and three children and is a passionate skier and cyclist. 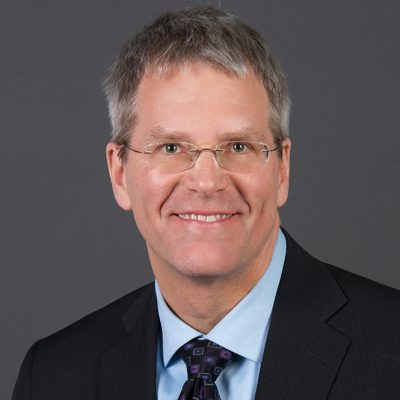