Introducing Can Can Wonderland in St. Paul, MN 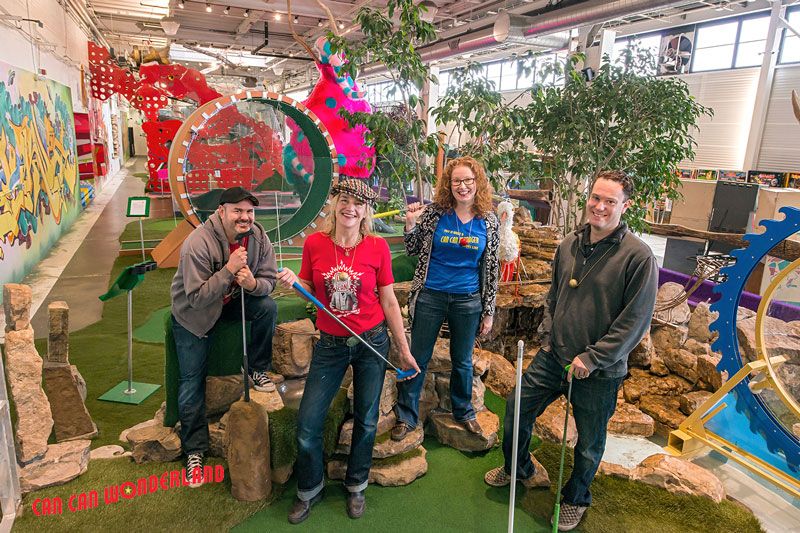 On January 12, after more than five years of planning, fundraising and construction, Can Can Wonderland, a one-of-a-kind arts and entertainment venue, opened to large crowds in what was once the largest canning factory in St. Paul’s Midway area. From day one it has created a buzz on the Twin Cities’ social scene with fun attractions for all tastes and ages:

The Founding Foursome Comes Together

Can Can Wonderland is the brainchild of Chris and Jennifer Pennington and Christi Atkinson, the people behind popular Twin Cities art attractions such as the Walker Art Center’s artist-designed mini golf, the Ten Second Film Festival and Soap Factory’s Haunted Basement. Rob Clapp, a commercial real estate broker who helped them find the perfect space in the historic American Can building (which helped inspire the attraction’s name), was so sold on the concept that he became a partner. Clapp serves as the company’s chief financial officer and helped secure the financing needed for construction. 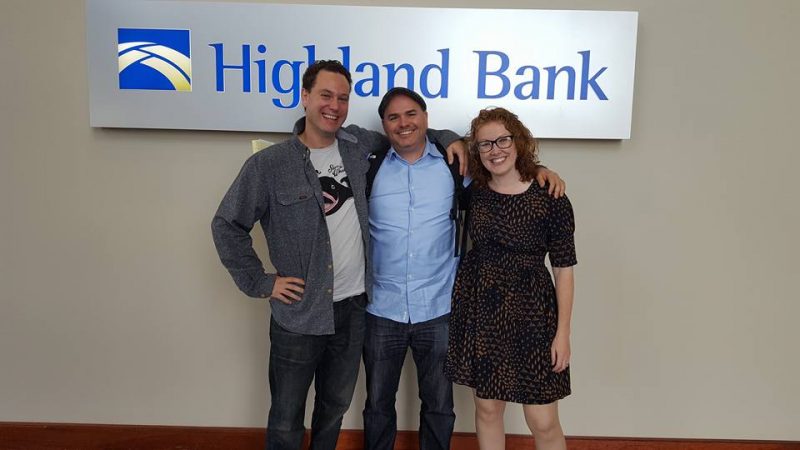 According to the partners, they talked with a number of lenders, and Highland Bank was one of the few that understood and supported their vision for Can Can Wonderland. As a Small Business Administration (SBA) Preferred Lender, Highland Bank had the expertise to handle a complex deal involving multiple funding sources. Beginning in February 2015, they met regularly with Mary Stoick, Highland Bank Vice President of Business Banking, and and Kim Storey, SBA Manager, to discuss the project and financing options.

“We’d try to explain the concept when it wasn’t physically here, and people just didn’t know what we were talking about,” Chris Pennington said. “About 5% of people could envision it. Luckily, Mary was one of them — and she was a banker.”

“They had a very personal touch,” Jennifer Pennington noted. “They came out and did a number of site visits.”

Clapp chimed in, “And not just Mary and Kim. The bank president visited. The chief financial officer did, too. Everybody was excited about what we were doing. They wanted to see this crazy thing and make sure they were doing the right thing. Once they came in and we told the story, they all stayed on board.”

Highland Bank agreed to provide an SBA loan for construction and equipment, and work began in February 2016. However, there were other loan and grant providers involved, and funding approval delays often slowed progress. “There were probably seven different layers of financing that had to come together, and all were contingent on each other,” explained Clapp. “Mary navigated that with us and never got discouraged by the complexity of our deal.”

Construction was completed eleven months later. A gala Grand Opening was held on January 12, and Can Can Wonderland has drawn large crowds eager to experience its attractions ever since.

Can Can Wonderland’s founding partners note that their new entertainment venue has provided many benefits to the Midway and surrounding areas:

“This project represented an opportunity for Highland Bank to give back to our St. Paul community in ways that belong uniquely to community banks: to invest in the revitalization of a neighborhood that has been vacant and underutilized for many years and give it a chance at new life and prosperity.”

When asked if he would refer Highland Bank to other businesses, CFO Clapp said, “I already have, to several of my real estate clients. Mary Stoick and Kim Storey are so approachable, so personable and remained positive throughout the process as we worked with several micro lenders and had our challenges with the SBA.”

A grateful Chris Pennington summed it up as follows: “If it wasn’t for Mary’s perspective, and heart for art and community, I don’t think we’d be here.”